Average Down in Stock Trading Online 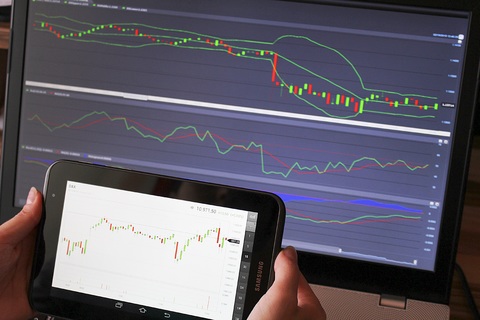 In stock trading online, even novice investors can participate in a practice called “averaging down,” which means lowering the average cost for shares of stock. To do this, shares of a stock for which shares are already in possession are taken on at lower prices than were originally paid, lowering the average price per share for stock, which will make profits greater if the security should in turn increase in value, and a sale can be made.

Average Down in Stock Trading Online

Average down (the opposite of average up) in stock trading is an activity that sees additional shares of stock purchased at lower prices than the original shares to lower the price spent per share, and make favorable returns easier if the stock should rise.

For example, if an investor has 100 shares of a stock that were all purchased at $20 per share, if the value drops to $15 per share, and the trader thinks that it will rebound, he could take on another 100 shares at that price. Now, the average cost per share for the 200 total shares is $17.50. This means that profits could be secured if all of the shares are sold for any price over $17.50, whereas before averaging down, selling for anything less than $20 per share would mean loss for the investor.

How to Average Down in Online Stock Trading

Two basic requirements allow for an investor to average down in online stock trading with success: first, the stock, for which some shares are already owned, must be trading below the price paid for the original shares, and, second, the stock will need to increase in the future, beating at least the average price paid.

When a stock seems to be getting lower and lower in price, an investor may use a scale order to scale in, taking shares on as the price drops, and lowering the average cost with each buy. At online trade sites, considering the cost of commission per trade should be a factor in using this practice.

Knowing when to average down can be hard. Technically, all that is needed for this activity is a stock trading lower than it was when shares were first purchased, but for success, it will need to rebound enough to beat the average price per share, whatever that may be after averaging down.