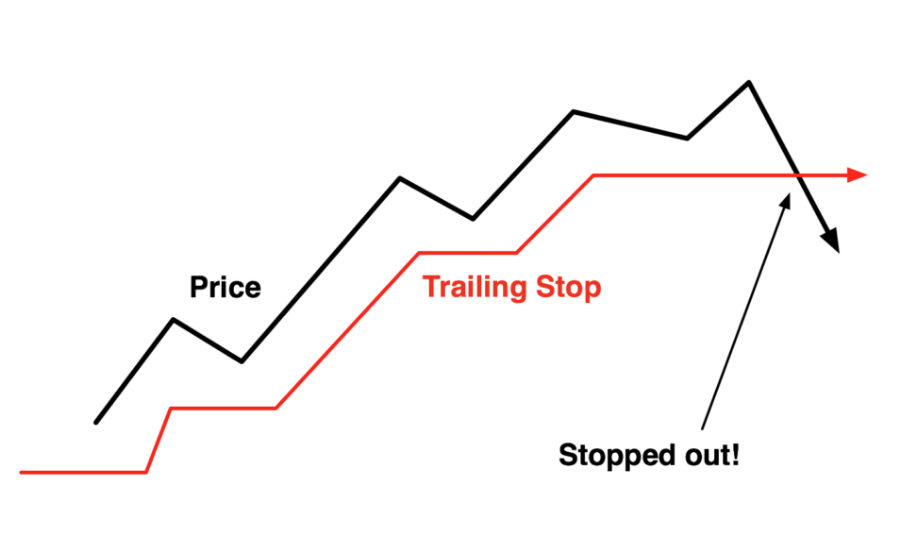 When monitoring stocks that are on the rise, setting trailing stop orders to sell can often be the right move. This exchange will sell once a given security drops to a certain point, and when one is placed for a stock that is rising in value, after it turns around and begins to drop, a sale will be initiated. Following is some advice on selling stocks online with trailing stop orders.

This type of exchange is meant for monitoring securities that are on the rise (that investors have), and selling them at the right time. Traders set a trailing price or percentage, and once a stock begins to fall by that value, a sale will be initiated.

For example, if an investor has stock X, which presently trades at $4 per share but has been rising, a trailing stop sell could be set with a trailing amount of $1. This means that when (if) that security should drop $1 from the highest market value it experiences, an actual sale will be initiated. So, if X rises, with minor fluctuation (of less than one dollar) to $6.50, and then begins to decline, once (if) it hits $5.50, it will sell. A percentage of market value could also be set as the trailing amount. But in this example order, if X should drop outright, once it falls by one dollar, a sale will go through.

The purpose of this type of exchange, which goes beyond basic stock trading orders, is to actually follow the market on its own. The trailing amount, set by the trader, is supposed to be an amount that makes up for fluctuation, so that the security’s sale will be initiated once it actually appears to be steadily declining.

All of the major online investment companies (E-Trade, TD Ameritrade) allow members to utilize this order to buy or sell securities. When placing one of these exchanges, the right way to start is by finding a possessed stock that is on the rise. Although volatility is almost always a good thing in the stock market for traders looking to buy and sell successfully, it directly infringes on the success of this order.

When placing a sell trailing stop exchange, the trailing amount must account for volatility, and the more volatile a stock is, the more essential it is to set a higher trailing amount, so that the stock sells when it is most likely actually dropping, instead of simply bouncing around in value. However, with a larger trailing amount, a security will have to fall more from the highest price it experiences before a sale is finalized.

The trailing stop exchange, which can be a great way to buy securities as well, is meant to automatically monitor the market and sell at the right time. It takes some practice to get down, but investors who know how to use it well can be very successful.