What is Fiat Money 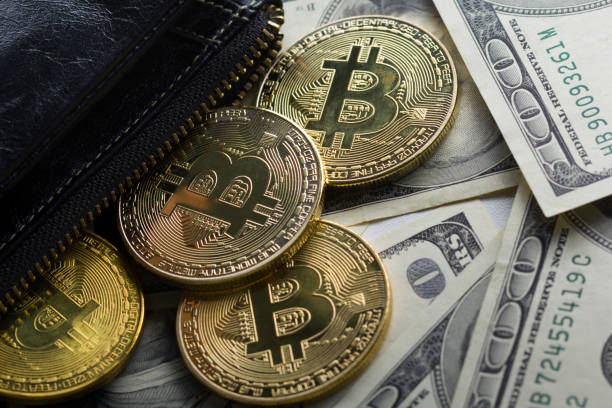 Fiat currency, often known as fiat money, is a form of money that is issued by the government but is not backed by real assets like gold. Instead, the public’s confidence in the government, the issuer, is what gives fiat money its value.

Why is it referred to as fiat money? The Latin term fiat, which may be interpreted as “let it be done” or “it shall be,” is the source of the English word fiat. Governments have more control over the currency and the amount that may be created since fiat money only has value because the government bestows it with that status.

How does fiat money work?

Let’s look at how fiat money functions using the dollar as an example. The Federal Reserve was first established to protect banks against panics—situations in which a bank loses more money in deposits than it has in its vaults—but it has since expanded into a larger role in controlling the economy.

The dollar supply is controlled by the Federal Reserve. The government gave it the dual responsibilities of lowering unemployment and maintaining stable inflation. To achieve this through the following:

Like with commodities, the value of fiat money is determined by supply and demand. A fiat currency’s value will decline if it is oversupplied. Prices increase as the value of money declines.

History is filled with instances of governments oversupplying fiat money and resulting in hyperinflation, including Weimar, Germany, in the 1920s and, more recently, Zimbabwe and Venezuela.

Money has a long and intricate history. The history of fiat money, however, is less so. In essence, items were bought and sold for thousands of years in exchange for other products, like trading livestock for grain.

In some parts of the Roman Empire, salt was seen as being so precious that people used it as payment for products and labor.  With time, priceless metals like gold and silver also started to be used as currency.

It’s possible that China was the birthplace of asset-backed coinage and paper money centuries ago. Because individuals could use it to pay for products and services and also exchange it for an underlying commodity, this representational money became popular.

For instance, traditionally, gold or silver served as the basis for and the exchangeable value of money in the United States. When the Emergency Banking Act of 1933 prohibited the redemption of currency by citizens, this came to an end during the Great Depression.

In 1971, the United States totally abandoned the gold standard for foreign trade. The dollar also evolved into a fiat currency. The Federal Reserve, however, has government-issued debt as collateral that is equivalent to the value of the US dollars in circulation.

Fiat money is convenient to use and trade and is produced at a low cost. Fiat money is not backed by a commodity. Hence it is not scarce, unlike gold, which is one of its major advantages.

Because of this, a government has more influence over the money supply, giving it the ability to manipulate economic factors like interest rates, liquidity, and credit availability.

A government can shield the nation from a financial crisis since it has control over the money supply. In reality, the U.S. Federal Reserve has a dual responsibility to maintain low levels of inflation and unemployment.

Despite having control over its currency supply, a government cannot ensure that the economy is shielded from a financial crisis like a recession. Fiat money also has the drawback of being susceptible to inflation. If a government prints too much money due to poor management, hyperinflation may develop.

Furthermore, the price of fiat money is influenced by fiscal policy and governmental laws, which might lead to a bubble with a sharp rise and fall in prices.

The limited quantity of gold, according to proponents of the gold standard, places a cap on how much the government may inflate the currency. Without bringing in additional gold for those who exchanged their currency for it, the government would not be able to increase the value of the currency.

It is argued against the gold standard because the artificial limit on monetary expansion might result in deflation. Although deflation sounds beneficial for consumers because it decreases the cost of things, it can really be bad for them since it may push businesses to reduce their labor force in order to make up for lost income from the lower pricing.

Cryptocurrencies, like Bitcoin, are less susceptible to manipulation by governments. The only option to get away from fiat money may be with a market takeover by Bitcoin, as it is improbable that world governments would ever return to a gold standard after abandoning it in large numbers in the 20th century.

The restricted supply of gold coming from mines prevented central banks from keeping up with its rising value. Fiat money was an alternative that allowed for easier usage, cost-effective manufacture, and more freedom for the government to control its own currency.

The majority of the world uses fiat money, which is money that is supported by the public’s belief in the government or central bank that issued it. Contrary to commodity money, which is tied to the values of a commodity like gold or silver, it has no intrinsic value. Instead, the value of fiat money comes from the confidence that people have in the governments that print it.

Although fiat money has predominated since the early 1970s, some supporters of Bitcoin and other digital assets claim that the advent of cryptocurrencies makes this new form of money a superior means of exchange and store of value. And both the government and industry have been coming around to it.