What is a Trailing Stop Order? 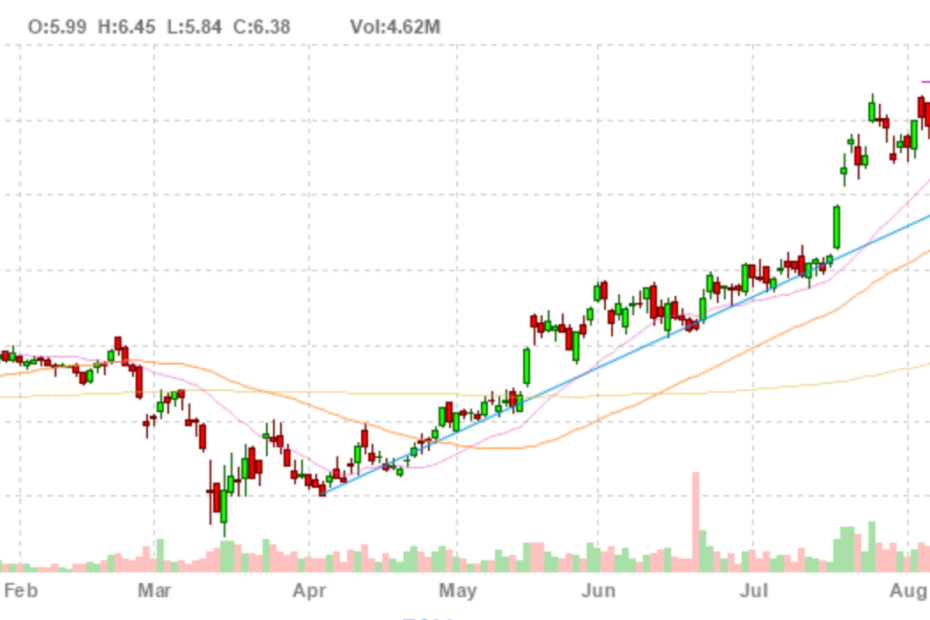 Type of Order in Trading Stocks

What is a Trailing Stop Order in Trading Stocks (in detail)?

Example of a Trailing Stop Order to Buy

Say that a given security has a market value of $6. A buyer could set a trailing stop order to buy at one dollar above market value. This means that a stop order is placed so that the stock will be purchased by market order once $7 is reached. However, and this is where the trailing part comes in, as this is a trailing stop order, one dollar from market value is always the purchase price. Now, if the stock should decrease at all, the stop price will decrease accordingly. So, for a stock with a market value of $6, and an initial buy stop order at $7 because of the one dollar set trailing amount, if the value should drop from $6 to $4.50, the buy stop price will automatically decrease by $1.50 as well.

So, instead of a $6 stock with a sell stop order at $7, the investor with the order would now be looking at a $4.50 per share security with a stop buy at $5.50 (which has dropped by the same value that the market value dropped). If the stock should turn around and head back up, then a market order will be triggered once it reaches $5.50 in value (instead of the previous stop price of $7). The decrease in stop price will always follow, in this scenario with a $1 trailing amount, the market price down, and it will never be higher than $1 more than the lowest value the market value ever reaches while the order is alive.

The trailing amount could also be set by percentage of market value. All in all, this type of trailing stop order ensures that as the market value of a stock decreases, so does the amount that an investor will pay for the stock if it should turn around.

Example of a Trailing Stop Order to Sell

Suppose that an investor has some shares of a stock that presently has a market value of $6 (this example will use a percentage as the trailing amount, instead of the dollar value option). Let’s say that in this scenario, the investor sets, on an order to sell, a trailing amount of 10%. If the stock should drop, whenever it reaches 10% loss from the highest market value experienced, it will turn into a market sell. If it drops right away, starting with the order set at $6 market value, a loss of $.60 (10%) will trigger a sell.

So, if the stock does not drop to $5.40, but rather it increases in value, then the stop sell price does so as well, according to percentage of the market value. So, if the stock rises to $9 in market value before ever dropping 10% from what it had so far experienced, the stop price increases too, in this case to $8.10, 10% less than market value. The stop price will always be 10% less than the highest market value reached. That way, if it turns around and lowers in value, a much higher sell stop order will be processed.

The reason for not setting much lower trailing prices or percentages is to account for fluctuation or stock volatility. Though possible, the stock could just be bouncing around, and not truly changing in value and the order would be processed if too tight margins between market value and stop price (by set dollar amount or percentage) were enacted. Learning about these orders is important because they combine aspects of the different types of stock trading orders.